I'm always updating it with new information, pictures, new releases, and gifts. I'd love to have you sign up for my newsletters. I won't inundate you, promise.

I started writing as a child, really. A few things happened on the way to becoming a published author … a junior high school teacher who told me I couldn’t write because I didn’t want to study … urk … grammar. I went to college, moved a few times, came home and found the love of my life (that is another novel-worthy story but for later), and got married.

I have always been a voracious reader and one night after throwing a particularly bad book at the wall (even putting a small ding in said wall), I realized that I could do better.  I told my husband, and he said go for it. I called Mom and she revealed the junior high teacher story and she told I’d been writing all the time up to that point.

That blew me away. I didn’t remember any of it.  But I started writing again, nearly the next day, pen and paper, learning, making mistakes, winning contests, then moving away from novel writing to screenwriting, getting a contract for a script and doing really well in screenwriting contests. But I wasn’t really making a career from any of this.
My husband told me repeatedly that independent publishing was becoming a valid way to publish a novel and people were making big dollars.  I didn’t believe him even after he showed me several Wall Street Journal articles. I thought indie meant vanity press.
I couldn’t have been more wrong.

I started pursuing this direction seriously, hit the keyboard, learned a litany of new things and published my first novel. My second book became a bestseller, and while I’m not rolling in dough, I’m absolutely on the right course in my life. Prince Of Granola is my 7th book.

Please come visit me at www.lasartor.com, see my books, find my social media links, some screenplays and sign up for my mailing list. I have a gift I’ve specifically created for my new email subscribers. And remember, you can email me at Leslie@LeslieSartor.com 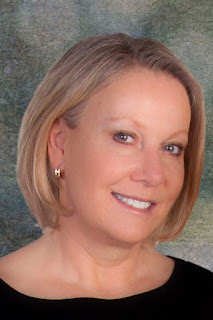