Author Spotlight With Pamela Trawick's Walking Between The Stones

It is my distinct pleasure to bring you author, Pamela Trawick, and her new novel Walking Between The Stones.


Please Pamela, tell us a bit about what inspired you to write this novel.

When I first started this book, I had no idea of the path God would put before me, but now I see his hand in everything. Walking Between the Stones is a story of love, family, and God’s healing hand. I hope reading it gives you new perspectives and a renewed faith in our Creator. 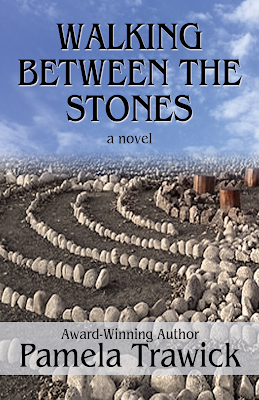 Excerpt:
Willie Joe exited the Santa Fe church where he’d pleaded again for God’s guidance. He hesitated when he saw the entrance to the circular stone labyrinth nestled on the side of the building. He didn’t believe in New Age hooey, but the spiral path drew him in. A good stretch of his legs couldn’t hurt. Maybe the walk would clear his mind. Maybe God was answering his prayer already. Well, no one was around to see anyway.
He placed one boot onto the gray gravel path. The small rough stones crunched beneath his foot. This wouldn’t take long. The thing wasn’t huge. He’d walk through the stone markings, turn around in the center, then be on his way. A second step—firmer, louder. A few more steps and his body settled into a cadence. Step, step, step.
The keys on his belt loop added a higher note. Crunch, jingle, crunch, jingle. The smell of fresh asphalt burned his nose. The stench started at the nearby intersection where a crew repaired potholes. The aspens beside the labyrinth flung their golden leaves into the wind gusts. He resumed his journey. Crunch, jingle.
Traffic roared on the road while he walked the course marked between worn river rocks planted firmly in the ground—raised into a Braille missive. The varied sizes spoke a message he couldn’t read, but its presence drew him deeper. Was God trying to talk to him? Show him the way in a language he didn’t yet understand?
The longer stretch—a runway—allowed him to increase his pace before the tight turn back toward the center caught him unaware. When he tried to twist his clunky boots through the switchback, he stubbed his toe on a rock and stumbled. “Focus, Willie Joe,” he muttered. “One step at a time.” Was that it? Had he been trying to plan too far ahead? Trying to play God in his own life?
He wove his way through the labyrinth, hands splayed at his sides for balance. He shifted between longer and shorter strides according to the winding path’s demands. When he arrived at the center, seven wooden stumps of varied heights offered respite. Was he supposed to know the significance of seven?
He sagged onto an oak stump and his knees popped. A groan escaped his lips. He hated getting old. The adjacent evergreens danced with a slow metronome beat and his body swayed with them. He closed his eyes and focused on relaxing, but continued groaning words he couldn’t vocalize. Slumped, elbows on his knees, he buried his face in his hands and sobbed. He already missed Dory-Ann. They’d not been apart longer than a night or two during their entire marriage.
How was he going to get out of this mess? When could he go home? Deeper sobs overtook him. Not ever if his fears were true. Would Dory-Ann forgive him? She’d be mad at first, but would she eventually understand his actions were driven by love for her? Or would she hate him forever?
A warm tongue licked his whiskered chin, and he jerked away. “What the—” Heart pounding, he wiped his eyes and peered into the mug of a black and gray Labradoodle. One with wet snarled fur and a vigorous tongue. He rose from the stump and stepped away from the dog, but not soon enough.
The dog shook, flung water with centrifugal force, and doused Willie Joe’s rumpled work clothes.
Willie Joe swiped at his soiled pants. “Go away, you mutt.” He’d asked God for guidance, not a dog.
Buy:
Amazon

The Blurb:
They had the perfect marriage.  At least she thought they did…
The day before their fortieth anniversary celebration in their small Arkansas hometown, Willie Joe Lankton tells his wife he must leave. Embarrassed by his disappearance, Dory-Ann makes excuses to her friends and family about her husband’s location. Heartbroken and frightened, she tries to track him down, but Willie Joe doesn’t answer or return her calls.

Willie Joe has a lifetime of experience repairing vehicles; however, he may have made a mistake when a young man is killed in an accident while driving a truck he just repaired. Suffering from memory lapses he believes are signs of Alzheimer’s, Willie Joe flees to the western states so as not to burden Dory-Ann.

A troubled journey, pride, and fear keep them apart until God's plans are revealed. 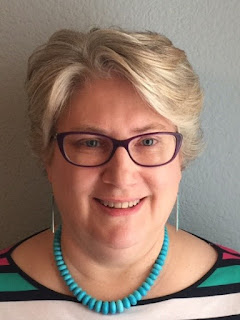 Bio:
Pamela Trawick draws on her years as an attorney specializing in family law and estate planning and her parents’ experience battling cancer and ALS to craft a story of a couple traversing the rocky terrain of emotions and challenges tied to aging. Her books have been finalists in numerous contests, and Walking Between the Stones won the 2014 Oregon Christian Writers Cascade Contest for best contemporary novel. Pamela lives in San Jose, California, with her husband and their only slightly spoiled Westie.