Cozy Mystery Week ~ Cynthia Hickey on The Love Of A Mystery 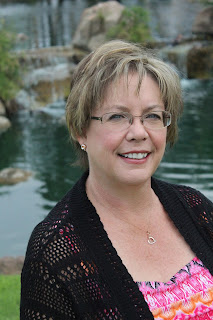 THE LOVE OF A MYSTERY
by Cynthia Hickey

Since I opened my first Nancy Drew mystery at the age of nine, I’ve been hooked. What is more fun than trying to figure out a clever crime along with a beloved character? Writing a mystery runs a very close second.

The challenge of laying subtle clues, depositing red herrings like bread crumbs in a forest, provides as much fun for a mystery author as it does for the reader. The challenge comes when the author is successful at keeping the culprit’s identity a secret at the very end, yet leaving the reader satisfied that they weren’t cheated when they think back and realize how the clues led them down a cleverly placed trail. Then, the reader closes the book, smiles, and feels satisfied.


Add a quirky character the reader can relate to, and you’ve got a successful cozy mystery. Not an easy task for the writer. Most mystery authors are not seat-of-the-pants writers. Instead, writing a cozy mystery involves days, if not weeks, of planning and note-taking. A lot of hard work and a lot of fun. Especially when the reader leaves positive feedback.

The items needed for a good mystery are:

In my Summer Meadows mysteries, the main character Summer Meadows doesn’t start out with the intentions to take up sleuthing, but when she finds diamonds, a rusty can full of cash, and a bloody gardening glove, what’s a girl to do?

In my latest mystery series, Stormi Nelson is a reclusive author who is told by her agent to get out more. Her first night out as president of the local Neighborhood Watch program results in a murder and a mystery that changes her life.

Please check out the first book in my brand new series, Beware the Orchids, book one in the Shady Acres mysteries. 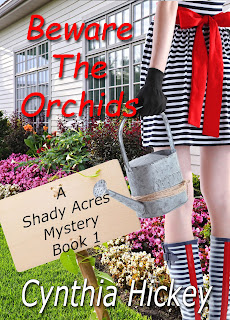 Blurb:
Ditched at the altar, Shelby Hart tosses down her bouquet, quits her job, and accepts a position as gardener and event coordinator at an upscale retirement community. Her first day on the job results with a dead body in the greenhouse under the orchids and with her as the prime suspect!

Toss in a handsome handyman, quirky characters, and a flirtatious grandma and the fun never stops.

Her third cozy, Chocolate-Covered Crime, received a four-star review from Romantic Times. All three cozies have been re-released as ebooks through the MacGregor Literary Agency, along with a new cozy series, all of which stay in the top 50 of Amazon’s ebooks for their genre. She had several historical romances release through Harlequin’s Heartsong Presents, and has sold close to a million copies of her works since 2013.

She has taught a Continuing Education class at the 2015 American Christian Fiction Writers conference, several small ACFW chapters and RWA chapters. She is a contributor to Cozy Mystery Magazine blog and Suspense Sisters blog.

She and her husband run the small press, Forget Me Not Romances, which includes some of the CBA’s best well-known authors. She lives in Arizona with her husband, one of their seven children, two dogs, two cats, three box turtles, and two Sulcata tortoises. She has eight grandchildren who keep her busy and tell everyone they know that “Nana is a writer”.