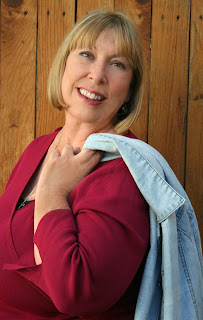 Have you ever read a cozy mystery where you were certain who the perpetrator was before reading the last two chapters?  That book probably didn’t end up on your ‘keeper’ shelf.  How do you entice the reader to continue guessing and create an entertaining read all throughout?  You must cook up a few, (usually never more than five), delicious red herrings.

The term red herring, as we know it, means to set a false trail, disguise the scent of the real antagonist, with rather smelly fish.  How is that done in a cozy mystery?  Here are some possibilities.

THE FRAME UP: This is quite popular in cozies.  The perpetrator skillfully, and in an underhanded manner, sets up a false trail that leads to a not-guilty-of-the-crime person.  I’ll refer to them as the NGP, not guilty person.
The perpetrator plants false crime scene evidence that points to the NGP.
The perpetrator becomes aware of and, in a stealth manner, divulges secrets that point to the NGP.
The perpetrator, and most the village, family, or community, know that the NGP had a stormy relationship with the deceased.
The perpetrator considers who stands to inherit, hopefully the NGP or someone related to the NGP.
The perpetrator sets up the situation so the NGP is near or at the scene of the crime around the time the crime happened.
The perpetrator makes a current event in the NGP’s life appear to be a suspicious activity.
Of course, all this misguiding “evidence” can be used outside of the frame-up structure as well.  It simply sets up a fishy scent.  Remember, all the while a red herring is being developed, clues are also given to allude to the real perpetrator, a fine kettle of fish. And here, putting Miss Tibbles aside, are a few more opportune ways to send someone off the trail following a delicious red herring.


LAST ONE TO SEE THE VICTIM ALIVE: This always makes someone appear suspect.
FAKE ALIBIS:  A lie has been uncovered as to the whereabouts of a suspicious person and it makes them appear that much more unreliable.
ACT ONE ARGUMENT:  The first chapter in a cozy usually has some dramatic argument or altercation between the victim and another person or persons.  This is a perfect spot to place a red herring, perhaps alongside the perpetrator.
GUILTY OF ANOTHER RELATED CRIME:  Someone is caught or fingered for committing a crime related to the crime being investigated.
FLEE THE SCENE:  A person always appears guilty if they flee the scene.
So there we are. The old adage, “Where there’s smoke, there’s fire,” never holds true for the red herring. “Where there’s smoke, there’s lots of it,” would be more appropriate.  Add a little hot sauce, a slight zip of acidic lemon, and a slightly singed flavor.  You’ve just cooked up a, or several, red herrings to make the taste of your mystery linger into the night. 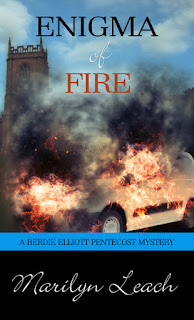 Enigma of Fire: A Berdie Elliott Pentecost Mystery
When English village, Aidan Kirkwood, experiences an explosive fire, the entire parish is aflame with rumor and innuendo until Berdie Elliott, the scorching sleuth and vicar’s wife, can douse the flames with cold, hard facts that expose the perpetrator.  A heroic dog, elusive book, and military champions come together to reveal the enigma of fire.

Excerpt:
“Cedric. Don’t chance it. Please.” Doug’s voice trembled as he shot out the command.

“Don’t what?” Berdie asked herself as much as Doug.

“Down, Mrs. Elliott.”  Doug’s eyes wide, his breathing was short and rapid for the toil of making his wheels go toward them as fast as he could manage.

“Down?  What are you talking about?”

Berdie suddenly experienced a jolt to her body that propelled her to the ground with such force it left her breathless.  A stab of pain coursed through her while the reverberation of full-on colliding trains penetrated her ears.  The horrific ache that shot through her knees focused her senses as she tried to gather her thoughts.  Grass etched itself into her cheek, making it itch.  Then the smell of acrid smoke assaulted her nose.  She worked to catch a breath of air.  What’s happened?

Endorsement
Are you an Agatha Christie fan?  Does the thought of an English village make you long to grab your passport and head across the pond?  Are cozy mysteries your cup of tea?  If you answered “yes” to any of those questions, you won’t want to miss Marilyn Leach’s newest release, Enigma of Fire.

Intrepid heroine Berdie Elliott, a vicar’s wife whose sleuthing skills were honed as an investigative reporter, faces her most challenging mystery yet when her husband’s former military comrades come to the sleepy village of Aiden Kirkwood for a sculling regatta.  From its riveting prologue to the final resolution, this story showcases Leach at her best.
Amanda Cabot, CBA and ECPA bestselling author

Bio:
Marilyn Leach is a dyed-in-the-wool British enthusiast who lives lakeside near the Colorado foothills.  She enjoys viewing and reading mysteries that originate across the pond.  From the Scottish Borders to Devon, city buzz to rural church bells, she enjoys excursions throughout the beautiful isle that inspire her writing.  Her dear friends, who have become like family, live in Reading, England. 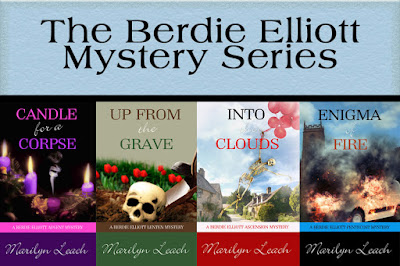