Thank you, Leslie Ann, for hosting me today. My novel Finding Euphoria was released two weeks ago on March 13. I’m super excited about sharing the first novel in the Euphoria Trilogy. I wrote this book because I wanted to write a mystery that addressed the drug epidemic in our country. Having a child become a victim to drugs is a parent’s worst nightmare. Because I love medicine, I also wove in plots incorporating diabetes and the difficult struggle of dementia and Parkinson’s disease. Add these diverse topics with storylines of adoption and being a caregiver, it’s easy to see why this book pulls at the heart of any adult.

My main character Hailey Langley had a traumatic life as a teenager. She was kidnapped, assaulted, and lost her parents. After recovering from her injuries, she put a baby up for adoption, became a secret agent, and worked alongside Tom Parker at the Special Crimes Agency, (SCA).  They grew close, but a horrific accident caused her to resign from the SCA. She moved to the East Coast, started college, and began a new life. After she met and married Mark Langley, her college sweetheart, they started a family and she hoped life would be problem-free forever. Seventeen years after her kidnapping, her life is thrown upside down.

Her former partner Tom Parker seeks her help in tracking down a new street drug that holds his adoptive teenager, Hailey’s first-born son, in a coma. Hailey, who is struggling through difficulties in her stressed marriage, is torn between leaving town to save the boy she gave up for adoption or risk her husband discovering her secret past.

Chancing everything, Hailey works with Tom Parker, but the drug lord captures her. Now Parker must work with Hailey’s husband Mark to save Hailey and solve the mystery behind the deadly drug before it spreads across the globe. In the process, Hailey discovers secrets about her husband and finds the love she thought they had lost. 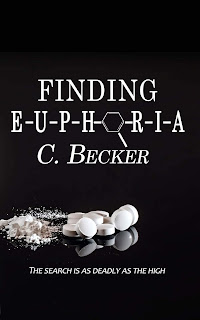 Excerpt:
He turned the bottle around in his hand and set it on the end table. “Don’t put me in this position. You know what would happen. Grace is his mother. She’s the one who needs to stay with him.”

Regret tugged at her heart. “I wouldn’t take any time away from her.”

Parker groaned. “Just you being there would make her feel uncomfortable.”

“But I’ve stayed away for seventeen years,” she whispered.

“That was the adoption arrangement.”

She bit her lip. “I can’t stay away any longer.”

“You agreed to those terms in the contract. You terminated all parental rights.” Parker stood and paced to the kitchen.

“But it’s not fair!” She put down her water and began wringing her hands.

Straightening his arms, he leaned against the bar. “Hailey, please don’t start. I know how you feel…”

“You couldn’t possibly know how I feel. I need to see him.” She fought to control the bitterness in her voice.

She rose, knocking over the water bottle. “He’s my son!”

The rebuke stung. “He’ll always be my son!”

“When you gave him up, you promised to keep your distance.”

The reminder lanced her heart. “You’re being unfair. He’s dying.”

He slammed his fist on the bar. “Don’t say that. He can’t die.” Parker pushed himself up and stomped near the window, raising his hands to rest on top of his head as he faced the curtain.

A muscle twitched in her hand. Her knees buckled. She sat on the edge of the couch, wringing her hands. “I was young. I couldn’t give Justin the life he deserved. I’m not asking to take him back. I only want to see him.”

Rubbing his jaw, he walked back to the couch and sat. The hard lines on his face softened. “The adoption papers were clear. No contact.” He placed his hands on top of hers and stilled them. “If the decision was mine, I would allow it, but Grace would lose it if she found out you’re Justin’s biological mother.”

Her hands squeezed into tight fists. The urge was unbearable. “I wouldn’t tell her.”

Parker ran a hand through his hair. “Argh! Don’t you understand? She’d take one look at your face and know the truth. Don’t forget, you’re the one who wanted us to protect him.”

She stood. “Well, you did a hell of a fine job, didn’t you? You divorced Grace and deserted him. Parenting takes sacrifice, Parker. You were too busy changing careers, and now he’s messed up with drugs. How did that protect him?”

Standing, he reached for her.

“No. You stay away from me.” She extended her hands and backed up a step.

“Justin’s dying! Dying, Parker! And I don’t know him…You won’t let me see my own son.”

He wrapped his arms around her.

She pushed him, pummeling her fists against his chest with all her strength.

He silently took his beating.

Blurb: Hailey Langley refuses to be a victim and has moved on from her traumatic past. But her marriage problems worsen when a deadly illicit drug threatens to draw her into the life she left behind.

Mark Langley has allowed his job to interfere with his marriage, but he never suspected the secrets in Hailey's past might hold the key to solving both of his current investigations.

Together, they must unravel the mystery of the drug called Euphoria and find a way to save not only their marriage but countless lives, before it's too late. 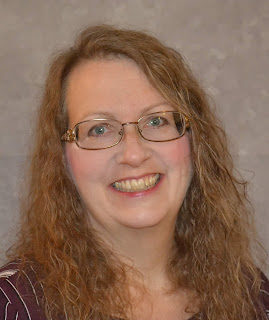 Bio:
A native of western Pennsylvania, C. Becker earned a B.S. degree in Medical Technology and MT (ASCP) certification. She has worked in clinical settings analyzing body fluids and testing drugs of abuse.

As an author, C. Becker has published multiple stories in various genres.