Hi, L.A. Thanks for having me as a guest on your blog.

I love broccoli. Easy. Healthy. And cooking broccoli each time affirms my belief that anything can become a feast.

But first a little story.

I did 2 years of domestic science in high school and if it had not been for camouflage, I would have failed. I was supposed to cook sausage rolls for the test. I knew I would burn them because I was new to ovens. Most Singaporean homes even today do not have ovens. Ovens were these mysterious objects that Europeans possessed or only the rich.

As expected, I burnt the sausage rolls. Not too badly though. Scorched sections here and there. But then I knew I would. And I was prepared.

On the day of the test, I brought a heap of parsley. I also made little hors d'oeuvre. I raided my Mum’s fridge for anything I could find to make them. The parsley hid the burnt bits of sausage rolls and the little things on toothpicks distracted the teacher.

I passed. Thankfully there was no taste test involved!😊

Back then I thought I hated cooking, but I discovered when I left for university and I had to cook for myself, that I loved cooking.

I learned. Not through cooking classes but by watching my relatives, friends, and neighbors.

So here is broccoli like you have never seen it before. Sounds boring, right? Just you wait! Broccoli is just one of these super vegetables you need to see in a different light. All you need are:


If you are like me and like your broccoli firm, then you probably don’t even need to cook it. Just get a large pot or glass bowl. 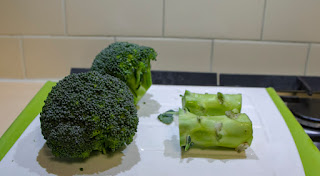 Chop the broccoli into bits. You can use the stem. Just cut off the outer hard bits and you will find the soft and succulent inner stem which is absolutely delicious! 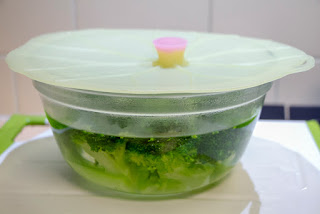 Combine water and broccoli in the pot or glass bowl

When water is boiled pour the water over the broccoli making sure that everything is immersed.
Wait.

After about 5 minutes the broccoli should be done. See no cooking!

If, however, you prefer your broccoli a little more tender, then pop the broccoli into a pot and bring the pot to the boil. Boil until you get the softness you prefer. 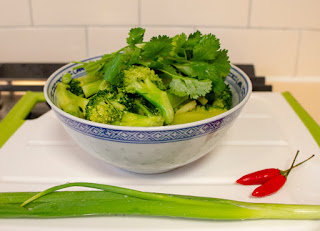 How easy was that! 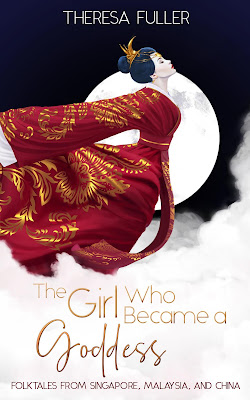 The Girl Who Became a Goddess is more than just a book of fables, it is a tribute to the childhood stories of someone who has experienced multiple cultures and learned to love them all. These are tales passed on from generation to generation, some to delight, some to terrify, all to enlighten. As a girl, a mother, and a teacher, Theresa Fuller retells her favorite folk stories through the lens of her own life experiences in Singapore, Malaysia and Australia, putting a unique spin on ageless classics.

A foolish animal discovers that the Rainforest is a dangerous place.

A beautiful princess learns that words have power.

A young boy is willing to sacrifice everything for his family.

A woman must decide between the man she loves and the human race.

The Girl Who Became a Goddess is more than a collection of stories, it is a glimpse into childhood memories and a love letter to a young girl from the adult she has become. 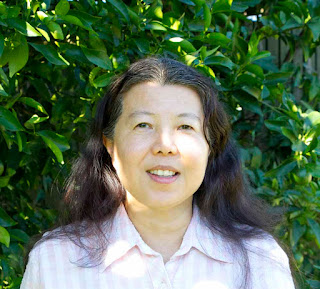 Theresa Fuller grew up with ghosts outside her front door. They haunted dark trees and cemeteries and were the spirits of young girls betrayed by lovers. These stories were made real by her cousins who were always recounting how just last year a child around her age had been snatched by one of these ghosts – Pontianaks. And never seen again…

Born in Singapore to Peranakan parents, Theresa was often brought to Haw Par Villa, originally a venue for teaching traditional Chinese values, as a treat. Here children are shown the ten views of Hell. She had nightmares for a week after each visit. Even today, she can visualize the demons as they tortured liars by pulling their tongues, elongating them grotesquely.

This is probably why she never wanted to be a writer. Initially.

Writers bend the truth. A little.

Theresa came to Australia for her education, met her husband, married and stayed. She worked as an analyst/programmer and later as a high school teacher. When her first son was born, she read him stories. And somehow something stirred. She remembered her grandfather and how he would tell fairy tale after fairy tale, at least ten per night until in frustration he would record them to be spared reading the same stories repeatedly.

Thus, in a strange land far away from her own family and what was familiar, she began to write. And in her stories, she could come home. To a land where boys turn into crickets and mousedeer dance laughing upon the backs of crocodiles.

Her first short story THE CRICKET SON was published in VOICES OF THE PAST, An Anthology of Stories Passed Down In Australian Families.

Her breakthrough novel is the Steampunk YA THE GHOST ENGINE, published in March 2018. It won a mentorship at the Australasian Horror Writers’ Association. THE GHOST ENGINE combines her love of technology with her enthusiasm for Victorian England.

Her second novel, The Girl who became a Goddess, is a collection of folktales from Singapore. Malaysia and China published in May 2019. For this collection, Theresa drew heavily on her parents’ arranged marriage.

Theresa currently resides with her family in Sydney, Australia.