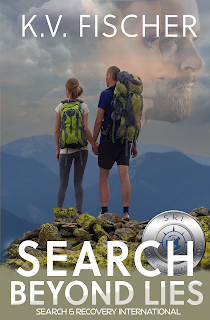 This novel was inspired by the real-life search for a graduate student who was a special operations army veteran and went missing on Mount Meeker. What I witnessed was the impact two dedicated, persistent, loyal friends (one of whom is my son) could make that would bring strangers together in a dangerous search and rescue mission.

It was a story that just had to be written, and as a novelist, I had the opportunity to create an action-packed suspense thriller with a happy ending. It was also a story that spawned a new series for me — the Search & Recovery International Series.

Please visit my website, www.KVFischer.com to find out more about the crisis, the bond of friendship and how lives changed forever, not just for me, but for all those who helped in the search.

A missing scientist, a top-secret project, a ticking clock and no clues. Or are there?

When grad student James Frankel’s best friend and mentor goes missing, James wonders if his disappearance is related to his friend’s top-secret project. A selfie summiting a Colorado mountain makes everyone believe he’s lost there. But is he?

As a former Army Ranger, Charlie Sommers garnered the reputation of having the highest search and rescue success rate, but she’s plagued by the one she left behind. Now she’s on the verge of an exciting new beginning as a part of Search & Recovery International where her secrets are safe. There’s only one problem: the new assignment will take her back to Colorado and the loss that still haunts her. Can she open herself to the possibility of another failure?

Desperate to find his friend, James knows only Charlie can help him. But how can he trust a woman who’s keeping secrets?

The clock is ticking down. With their lives⎯and their hearts⎯at risk, Charlie and James join forces in an attempt to save the scientist and the world from catastrophe while finding the truth beyond lies in this action-packed thriller.

If you like high stakes, heart pounding action with a spark of romance, you won’t want to miss Search Beyond Lies, Book One in the Search & Recovery International Series.

James Frankel flung the covers aside and bolted to his feet, desperate to escape the fear that flooded his senses.

It’s only a dream. A nightmare. Nothing more. Brett is safe. He’ll be there.

Though he knew better than to drink caffeine in the middle of the night, he went into the kitchen to put on a pot of coffee. There was no chance he’d get back to sleep, not when the dream was still so fresh. While he went through the motions, he tried hard to remember the disturbing details of his nightmare. He didn’t normally have nightmares. Why now? Surely the stress of the coming day hadn’t triggered it. Thanks to Brett, he was prepared for his defense. And the dream itself had nothing to do with facing a group of experts determined to poke holes in his dissertation.

James stared at the dripping pot, trying to make sense of what had frightened him. For there was no doubt about it. He had been frightened. Terrified. Only unattached fragments came to mind.

The sense of danger.

What about the lies? Think, James!

Brett’s whispered “Don’t believe the lies” reverberated in his mind.

What does it mean? Why so ominous? As the last drop landed in the pot, James shook his head, then poured himself a cup of coffee, mechanically adding the cream. Think!

Iron bars. A prison. The details were too vague to identify. James closed his eyes, took a deep breath, and let it out slowly.

It was only a nightmare. Brett will be there.

Charlie Sommer studied the birds of prey as dread pooled in her stomach. This was why she was leaving. No matter what anyone said, no matter how many successful rescues she had, she couldn’t handle another summer like the last one. And even though her brain told her the vultures might be searching for an animal, her heart couldn’t ignore the other possibilities.

She stepped up her pace. Although the sun poked through the limbs of the high alpine trees as she headed toward the summit of Mount Beacon, the weather could change in a heartbeat in the mountains. Please let this Fourth of July have a happy ending. Please let it be a new beginning. Please, please, no more failures.

Charlie trekked toward the area where the vultures circled. The clean fragrance of rain carried down the mountain—a hint of something foreboding looming on the horizon. She pulled out her watch. Ten o’clock in the morning. It would take another hour to reach the area. Would she have time to beat the rain?

Side-stepping the scattered evidence of last week’s storm, she pushed on. She was there because a hiker reported that vultures were spotted in her assigned quadrant. This would be her last time doing this, her last day as an Alpine Ranger in Elk Horn National Park, her last climb up the trail that held the most painful memories of her life. It was time for a change. She had been warned to hold off on life-changing decisions for one year. That year was up. She trudged on. 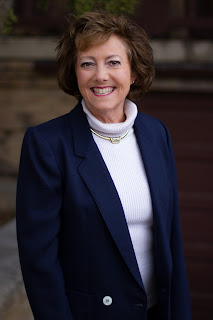 K.V. Fischer’s diverse experiences as an attorney, certified civil mediator, registered dietitian, teacher, speaker, and published author with more than 20 years’ experience in the corporate, government, and private sectors have fueled her desire to assist people live fuller, richer lives. Although she is extensively published in nonfiction, with one book and more than 100 articles (the majority of which were ghost-written), her passion has always been writing suspense thrillers. Search Beyond Lies is the first in the Search & Recovery International Series and her second suspense thriller.

With 2 grown children, one a neurosurgeon and the other a radiation health physicist, she is fortunate to have go-to experts for some of her research. She lives in Colorado with her husband and their dog Brady; practices law in Colorado and Florida; and travels nationwide speaking and teaching.